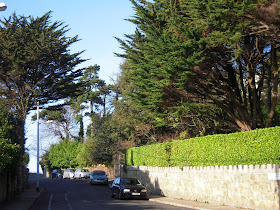 I have been away from this space for a while. It has not been that long, still I feel guilty for not having updated it for the past few days. I hope, all of you who celebrates Valentine's day had a great time. With Valentine's day around the corner, the big debate on the importance of this day was everywhere, from TV to Newspapers, Twitter, Facebook et al and now that the day is gone, the debate is behind closed doors, only to make an appearance next year.

I belong to the type who doesn't fuss over the day too much, although I wouldn't mind an exchange of a few gifts and a good dinner at home or outside wouldn't hurt. Still, I didn't plan anything big for that day. Even if I had planned it wouldn't have materialized. You would ask why? Well, I fell down a couple of stairs and sprained my ankle on the day and had a real bad head ache after wards, and later DH had to settle for food from a takeaway joint! My only face saver was that, I had baked a special cake over the weekend and DH got to eat some left overs of it as dessert. We had a great time last weekend though. Sunday was a sunny day and we went for a coastal walk from Dalkey to Killiney.

Dalkey and Killiney are two suburban areas in South Dublin. It is best to take such walks on a sunny day, the sea looks stunningly beautiful and all in all it is a refreshing and memorable experience.

I will let the pictures do rest of the talking! The day was bright, cheerful and sunny at the start as you can see in the first picture. 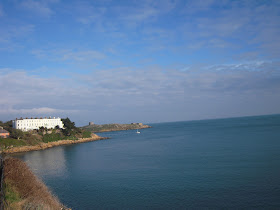 The sky and the sea were a different shades of blue. It was serene and very soothing for the eyes and mind. It was great to have a good bright day in the month of February. It was a rare privilege to have bright blue day after so many grey, overcast days! 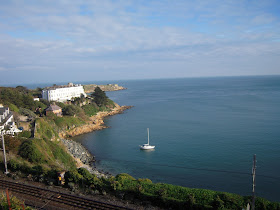 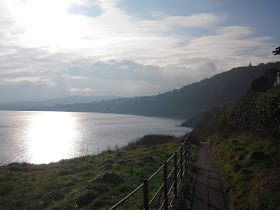 There was a narrow lane in between that lead to the sea. We went down and sat in a clearing. The sound of the sea was mesmerizing. 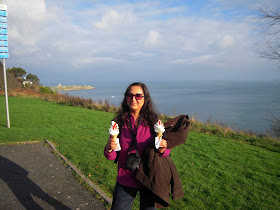 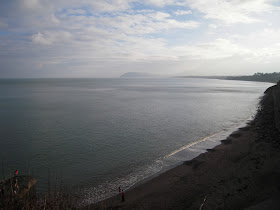 There was a small beach downhill by the name of white rock and we spent some time there. But, by that time the sun was playing hide and seek and grey clouding were crowding the sky from all directions! 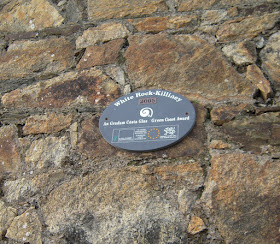 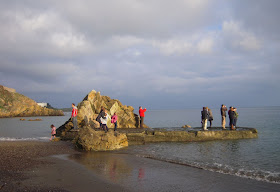 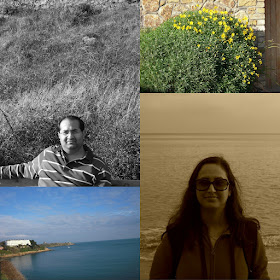 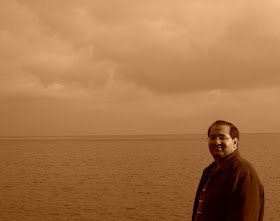 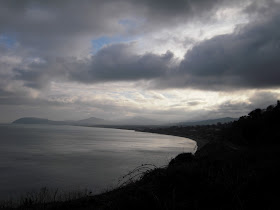 I took the picture on my way up from the White Rock Beach. It was over cast by the time we left as you can see in the picture below. But, it was great day, refreshing and memorable! 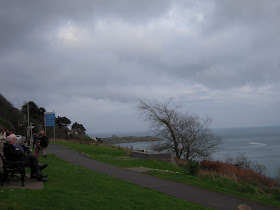 Thank you for stopping by! Cheers!
Jyoti Babel at 21:09
Share