Memorable Quotes from The Picture of Dorian Gray by Oscar Wilde

The Picture of Dorian Gray by Oscar Wilde is one of the most memorable books that I read in 2020. First published in the year 1890, this novel is Wilde’s most controversial works. The story explores the themes of beauty, art, love, and morality. The protagonist of the story is Dorian Gray who wishes for eternal youth at his soul's expense. That sounds dark, isn’t it? Dorian Gray is not remotely a likeable character and by the end of the book, you would very likely hate him.
The book explores the dark side of the human psyche and it does it with precision and incisive wit in the prose. If you want to know more about the storyline I would suggest you check out the blurb on GoodReads and this wiki page tells all about why this book was surrounded by controversy when published.

What made the book memorable for me was not the storyline, but the tact with which it is narrated. The author is sometimes absolutely ruthless in stating his opinions – as uncomfortable as they may sound – you can’t deny there is some truth in them. The themes explored in the book are relevant even today - after more than a century of its first publication. You have to read it to know why. It is a relatively thin book for a classic and is a thought-provoking read.
I love words and I love quotes. I pause when I read a beautifully crafted sentence that says a lot in few words. When I read 'The Picture of Dorian Gray by Oscar Wilde, I literally stopped after reading a few pages to ponder over the words and to admire the beauty of its prose.

In this post, I am going to share some of my favourite quotes from the book. To tell you the truth, the book is full of such remarkable quotes that you could share half of the book in quotes (crazy I know). But, still, in this post, I have tried to incorporate the ones that I feel are memorable. 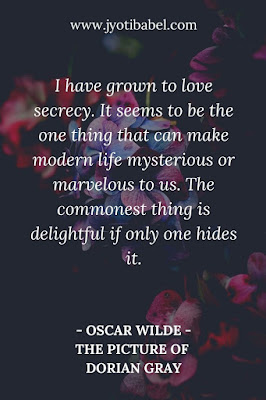 Quotes from ‘The Picture of Dorian Gray by Oscar Wilde’

"Every portrait that is painted with feeling is a portrait of the artist, not of the sitter. The sitter is merely the accident, the occasion. It is not he who is revealed by the painter; it is rather the painter who, on the coloured canvas, reveals himself. "

"With an evening coat and a white tie, anybody, even a stockbroker, can gain a reputation for being civilized."

"The ugly and the stupid have the best of it in this world. They can sit at their ease and gape at the play. If they know nothing of victory, they are at least spared the knowledge of defeat."

"The advantage of the emotions is that they lead us astray."

"Conscience makes egotists of us all."

"You will always be fond of me. I represent to you all the sins you never had the courage to commit."

"Live! Live the wonderful life that is in you! Let nothing be lost upon you. Be always searching for new sensations. Be afraid of nothing."

"An artist should create beautiful things, but should put nothing of his own life into them."

"Beauty, real beauty, ends where an intellectual expression begins. Intellect is in itself a mode of exaggeration and destroys the harmony of any face."

"Experience is merely the name men gave to their mistakes."

"Each of us has heaven and hell in him."

"There are many things that we would throw away if we were not afraid that others might pick them up."

"I don’t want to be at the mercy of my emotions. I want to use them, to enjoy them, and to dominate them."

"The only way to get rid of a temptation is to yield to it. Resist it, and your soul grows sick with longing for the things it has forbidden to itself, with desire for what its monstrous laws have made monstrous and unlawful."

"Nowadays, people know the price of everything and the value of nothing."
"Sin is a thing that writes itself across a man’s face. It cannot be concealed."

"I loved you because you were marvelous, because you had genius and intellect, because you realized the dreams of great poets and gave shape and substance to the shadows of art."

"Behind every exquisite thing that existed, there was something tragic."

"There is a luxury in self-reproach. When we blame ourselves, we feel that no one else has a right to blame us. It is the confession, not the priest that gives us absolution."

"Laughter is not at all a bad beginning for a friendship, and it is for the best ending for one."

“What of Art?
-It is a malady.
--Love?
-An Illusion.
--Religion?
-The fashionable substitute for Belief.
--You are a sceptic.
-Never! Scepticism is the beginning of Faith.
--What are you?
-To define is to limit.”

“Some things are more precious because they don't last long.”

“Humanity takes itself too seriously. It is the world's original sin. If the cave-man had known how to laugh, History would have been different.”

“I have grown to love secrecy. It seems to be the one thing that can make modern life mysterious or marvelous to us. The commonest thing is delightful if only one hides it.” 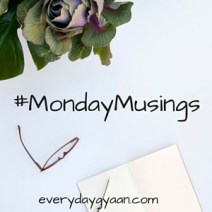